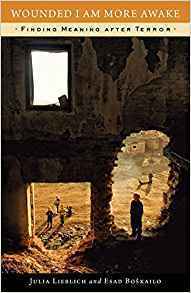 "It seems wrong to say that a book about genocide is beautiful, and yet there is so much beauty in Wounded I am More Awake ... [This] volume is about so much more than suffering. Here there is poetry." Jina Moore, former New York Times bureau chief, in a review in Guernica.

"Wounded I Am More Awake is, first of all, the story of how Boškailo, as a young Bosnian physician in the early 1990s, endured a year in six Croatian concentration camps, subject to extreme random violence and increasingly dehumanizing conditions, often at the hands of former neighbors and even friends. The narrative remains emotionally jarring as it proceeds to relate how Boškailo, post war, managed to move with his wife and children to the United States, to explore the frightening dimensions of his own trauma with a therapist whom he had to struggle to trust, and then to train in psychiatry in order to treat other trauma victims. ... In the second half of the book, several of these cases are detailed, and the portraits of slow, imperfect healing ... are deeply moving ... [We] as readers, might be able to share in this extraordinary book's lessons, to some worthy effect." Will Joyner, former editor at The New York Times Magazine in a review in the Harvard Divinity Bulletin

"This lucid and deeply engaging book provides rich insight into what it is to survive extreme violence and recreate life in the aftermath ... The authors skillfully and sensitively weave the human experience of terror with selected literature on psychology and trauma ... A compelling read, the book's strength lies in its accessibility to a wide audience and ability to intimately engage with the reader at a "human level." The book is emotionally challenging at points, but this only adds to its value and importance.-- Dhana Hughes in Human Rights Quarterly

"A talented journalist and an exceptional psychiatrist team up to write a slim but engrossing volume about the experience of the Bosnian war and the possibility of healing from torture and other trauma. The story is mostly the psychiatrist's: he is a Bosnian native who was interned in six concentration camps in 1992 and 1993, alongside thousands of other Muslims in one of the worst human rights atrocities of the late 20th century. The first half of the book describes Boskailo's life before and during the war; the second half focuses on his recovery in the United States and his calling to help others as a psychiatrist in Chicago and, later, Phoenix, specializing in trauma recovery. Lieblich's prose is supple and straightforward. The book does not delve into the social and political forces that led ostensible neighbors to turn so viciously on one another. Instead it offers a compendium of best practices for treating wounded souls, relying heavily on the work of Holocaust survivor Victor Frankl. Mental health professionals, as well as human rights activists working for healing and reconciliation in trouble spots across the globe, will appreciate this guide."
--Publishers Weekly

Sisters: Lives of Devotion and Defiance

"After reading Sisters: Lives of Devotion and Defiance by Julia Lieblich, I'm convinced that audiences of all denominations would be intrigued by this powerful true story ... Sisters offers many answers about the challenging lives of the "new breed" of nuns. Thanks to Lieblich, many of the problems facing lay communities throughout the world find a new and eloquent voice here." Patricia Holt, San Francisco Chronicle.

"Lieblich explores [nuns' connection with God] through mesmerizing portraits of four contemporary nuns ... Through interviews and observation, Lieblich turns conventions inside out. But she never -- and this is the trick -- condemns either the Church or the Sisters. Even when writing about the Sanctuary Movement and abortion rights, Lieblich lets the sisters tell their stories. "Woud you change denominations to be ordained," Lieblich asks a group of nuns. "No," comes the defiant reply. "Because it's my Church too, damn it, and they need to know I'm out there." Now, thanks to Lieblich's propving and insight, we know they're out there too. --Sara Nelson, People magazine.

"The four central figures in Sisters are heroic women. Their stories are poignant treasures. Their commitment to justice and to authentic religion, their service in the world, often despite the church to which they once gave themselves, can inspire our own efforts to live more deeply in this shallow time. Julia Lieblich has written a powerful book that should be read by men, women, religious people and people who just want to remember what devoted courage looks like." --James Carroll, author of An American Requiem: God, My Father and the War that Came Between Us

"Warm and lovingly crafted, this completely engaging book, a portrait of four quite varied religious women, tells us more about Christianity in our time than a dozen more scholarly tomes could. It is personal, respectful, often funny, and utterly serious. Julia Lieblich's deft touch and genuine affection for her sisters enables us to come to know each of them in a remarkably close way. One cannot help feeling they represent something larger, a genuine movement of the Spirit underway today. --Harvey Cox, author of The Secular City

"The portraits in Sisters are so engaging that I want each of these women for my own sister. In the face of the world's enormities, those of us committed to social justice can too easily lose heart; the actions and insights of Mary Aileen, Donna, Catherine and Darlene offer life-sustaining encouragement. I finished the book reluctantly, wishing to spend more time in their presence, feeling at once humbled and inspired." -- Nancy Mairs, author of Remembering the Bone House

"Julia Lieblich gives us a fresh and respectful take on nuns' lives ... The book resonates with the power of faith, and of prayer -- in short with the good that one dedicated human being can work even in this bad old work." Delia O'Hare, Chicago Sun-Times

The women who emerge from the pages of Julia Lieblich's Lives of Devotion and Defiance are splendidly human -- enraged, passionate, courageous. In addition, the women profiled here are remarkable not for their separatenes from the world, but for the intensity of their involvement in it, for their commitment to social justice. Sisters does justice to the complexity of the experience of being a nun ... Here is sisterhood at is best." --Carol LeMasters, Conscience

To begin using your newsletter feature, enter Edit mode and click Configure Newsletter in the side column.